How to clean the tube-and-tube heat exchanger

Tubular heat exchanger is the most widely used in production, and is also the most typical partition wall heat exchanger. Its structure is mainly composed of shell, tube bundle, tube sheet, baffle baffle and head. The advantage is that the heat transfer area provided by the unit volume equipment is large, the heat transfer effect is good, the structure is simple, the operation flexibility is large, and it can be made of a variety of materials. But the heat exchanger is in use. Fouling deposits will inevitably appear on the heat transfer surface, causing fouling. The fouling deposits have higher thermal resistance, which greatly reduces the thermal conductivity. At the same time, because fouling reduces the fluid flow rate, the fluid medium flow resistance increases. Increase in energy consumption. Over the years, most of the tubular heat exchangers used by various units have the problem of fouling of pipes and shells, which affects the effect of use, which has caused a series of economic losses. According to statistics, my country's annual economic loss caused by the increase in energy consumption due to heat exchanger fouling is as high as tens of billions.

Therefore, cleaning and descaling of tubular heat exchangers is necessary. The operating quality of the heat exchanger and the length of time are inseparable from the daily maintenance, cleaning and maintenance. For fluids that are prone to fouling, a suitable method can be used to clean up the fouling within the specified time. 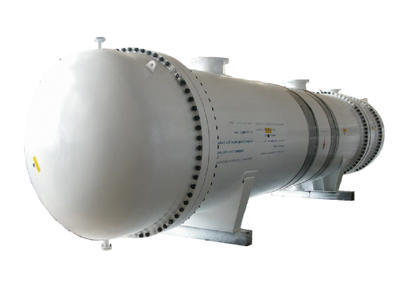