How to solve the problem of heat exchanger blockage

From 2017 to 2019, as a research on the subject of spiral plate heat exchangers, we conducted a market survey on the heat exchanger application industry across the country and visited Shandong, Shanxi, Henan, Hebei, Jiangsu, Zhejiang, Fujian and other provinces. Face-to-face communication with chemical manufacturers and on-site inspections revealed that in the chemical production industry, the problem of heat exchanger blockage is widespread, and there is currently no optimization plan. 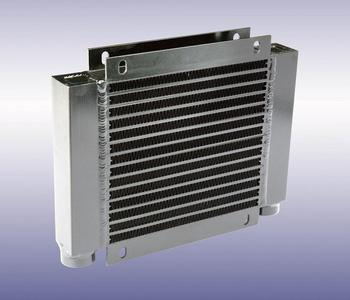 After that, we conducted a visit to the heat exchanger industry to find a solution to this type of blockage problem. "Suzhou Ukada Spiral Plate Heat Exchanger" is based on the industrial foundation of Suzhou's chemical machinery manufacturing industry for decades. It began to cut into a single equipment field and began to focus on the segmented market of spiral plate heat exchangers.

In the past two years, we have also insisted on conducting customer return visits and questionnaire surveys, and recorded the problems. Among our spiral customers, a large part of them are used to replace the original tube, mainly to solve the problem of blockage and return. Part of it is to improve heat exchange efficiency, thereby reducing costs. "In Suzhou, Jiangsu Province, the hometown of chemical equipment in the country, Manager Zhang of the Department of Commerce of Suzhou Ukada told us that many companies had improved their heat exchange systems as early as 1968. For example, they changed the tubes to spiral plate type heat exchangers. Heater, to solve the problem of sludge in the cooling water and the later blockage caused by the accumulation of silt.

Manager Zhang of the Commerce Department of Suzhou Ukada said that after entering the chemical industry segment, customers in various industries have gradually begun to use Xinsu Chemical spiral plate heat exchangers to replace the original tube-type condensers that are prone to clogging and are too large.

Due to the channel design of the spiral plate heat exchanger, there is no dead angle of circulation in the structure, and the channel resistance is small. Therefore, even if the cooling water or materials contain impurities and sand, they will be washed by the fluid and flow down. Will form a pile. In the unclean fluid, if there are too many impurities and viscous, then the detachable design can also be adopted, which is very convenient to flush the equipment with high pressure water on a regular basis. When conditions permit, the service life and ease of cleaning are much better than other heat exchange equipment.

It is understood that the current customers of Suzhou Ukada spiral plate heat exchangers come from many different chemical fields such as the resin industry, agrochemical industry, food industry, cooling and heating systems. At the same time, while investigating other manufacturers, we learned that the plate heat exchanger can also solve the clogging problem under many working conditions. At present, a new type of plate heat exchanger has been developed on the market, and the equipment has a large demand for volume. Under the circumstances, the blockage problem can also be solved well.