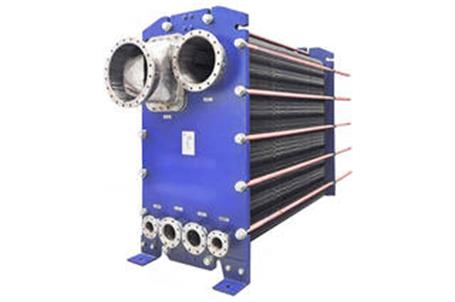 Life on earth depends on the sun. It is the energy source of our planet. It can be used directly through solar energy technology or indirectly, because it affects the growth of wind, waves, and biological materials used as fuel. As the world’s goal is to be carbon neutral by 2050, making full use of this renewable energy source becomes increasingly important.

Now, a group of researchers has proposed that using current solar technology, the sun can not only provide electricity, but also do more. Scientists at King Abdullah University of Science and Technology (KAUST) in Saudi Arabia have studied connecting solar cells with water purification systems to help produce drinking water in scarce places.

Today, the shortage of fresh water has become a major challenge facing the world. Although this is not a universal problem, nearly half of the world’s population lives in water-scarce areas for at least one month each year, and data shows that by 2050, this number may increase to about 4.8-5.7 billion.

In areas with seawater, desalination has become a viable method of producing drinking water. Due to its high productivity and high capacity, traditional seawater desalination technology has contributed to the maintenance of human society that has been challenged by severe water shortages. For example, the Middle East accounts for 45% of global desalination production. However, the initial cost of these technologies is very high and requires a lot of energy to be consumed during operation. In Saudi Arabia, most of the electricity generated in the country is used for desalination.

In order to minimize the energy consumption in the necessary process, KAUST's research team leader Professor Wang Peng and his PhD students Sara Aleid and Wang Wenbin turned to solar energy to meet this challenge. They reported on a new technology called photovoltaic membrane distillation (PV-MD).

Generally, photovoltaic systems convert solar energy to move free charge carriers (electrons) in silicon semiconductors to generate electrical energy. During this process, heat will also be generated in the battery, which is a loss of energy. However, the KAUST team was able to use its new PV-MD technology to convert waste heat from solar collectors into energy to drive water distillation. Professor Wang Peng said: "PV-MD is very suitable and will be commercially competitive and can supply water and electricity to areas suffering from economic and natural water shortages."

According to calculations, PV-MD can produce clean water at a rate of up to 3.5kg/m^2·h when using seawater as tap water while generating electricity at the expected rate on a regular basis. At this speed, in a typical summer day, a 20m^2 photovoltaic panel array (a typical area on a home roof) will generate more than 360L of fresh water, which is enough to meet the needs of a family of six.

Other advantages of PV-MD include low barriers to entry, suitable for any scale. PV-MD can be set up as a single device in the family, or as a large industrial PV-MD farm. The production of fresh waterwith low total dissolved solids (TDS) has a wide range of applications, such as irrigation and drinking water, and can meet the special needs of some industrial processes.