Main factors for the failure of plate heat exchanger 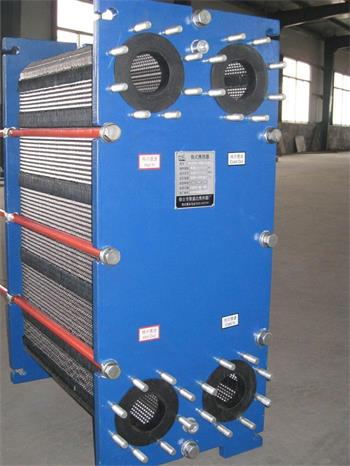 Cause analysis of seal failure and related preventive measures

The main causes of seal failure are pressure, temperature, time and operating conditions.

The plate heat exchanger types are detachable and sealed. For example, when the plate heat exchanger is used under the rated working pressure, leakage occurs. In addition to the manufacturing quality of the equipment, it is mainly related to the abnormal impact load in the system. , This is a phenomenon that the operator is not easy to find. The impact causes an instantaneous pressure increase, and the pressure may be 1 to 3 times higher than the normal pressure, causing the sealing gasket installed in the plate heat exchanger to shift, resulting in sealing failure. And because the heat transfer elements of the equipment are made of thin plates at one time, with a thickness of 0.5 to 0.8 mm, the rigidity and bearing capacity of the seal are relatively poor. Moreover, some heat exchange plates have a long periphery and relatively poor impact resistance.

The following measures should be taken to solve this problem: the pressure rise and temperature rise should be as slow as possible when operating the equipment; a compression pre-tightening spring is designed on the clamping bolt to compensate for the change of the pre-tightening force.

Different process media conditions can also cause seal failure. As the supersaturated steam of temperature will cause the sealing sheet to fail in a short time. The saturated steam at the same temperature can form a water film on the surface of the gasket, which can protect the gasket.